The importance of a well done job.

With this case I will try to expose the importance of knowledge and training in dentistry and why all treatments are not the same.

About a year ago, a young patient came to our clinic to ask for an estimate to rehabilitate a central.

As in all cases, the patient filled out a form with his personal and medical data and was taken to the office for the first consultation, which together with an orthopanoramic x-ray to see the current state of his whole mouth, would give me the possibility to give the patient a diagnosis and treatment plan indicated to solve his problem.

The patient had received a blow in a front tooth, so he needed to have the piece extracted and rehabilitated with an implant. To put us in the situation, the patient is young, around 40 years old, we could say that he is handsome and by the way he dresses he is someone who cares about his appearance. Regardless of these data, the diagnostic plan would be the same for any type of profile.

The proposal that I, as a doctor, made to him was the following:

We would have to perform the extraction carefully, trying not to damage the bone around the tooth, in order to not to affect the result of the surgery. We proposed to place an implant in the moment, but the placement of the implant alone was not enough. The front teeth is an aesthetic sector and requires a thorough and well-done job. To ensure the result, the implant had to be accompanied by bone regeneration and a connective tissue graft (cutting a little of the palate and placing it around the implant to generate gum volume at that point). Also, a provisional central to be placed the same day, screwed on the implant, must be made, as well as to go shaping the gum around it in subsequent appointments. Our dear Dara gave him the budget, offering him all kinds of facilities.

The patient was delighted with my explanation but was not satisfied with the price. He did not want to pay that amount. He came several times to talk to me about the same thing, he insisted that I would only place the implant and the crown, without the regeneration or the graft, that that was enough for him. We recommended him to go to other clinics to ask for opinions, but always letting him know that I would never do what the patient asked for, but what I, as a professional, considered that he needed.

Finally, after being convinced that either I would do the treatment my way or I would not do anything at all, he decided to go to another clinic where only the implant and the crown would be placed. He stopped by the office to say hello and to tell us about his decision, since his workplace was in the area.

Soon after, we saw him on the street and he stopped to say hello, to show us that he had already had the implant placed, and that although he was not very happy with the result, he believed that he could improve since he only had the temporary one. A couple of months later he called again and made another appointment with me. The result was not at all as expected. When he smiled he could see a slit in the area of the implant, the metal was also transparent and the gum had receded. And now he wanted me to fix the defect he had!

But it was impossible. Now I could not, nor did I want to guarantee that the result would be what I expected. I did not even give him a budget, I simply did not want to take charge of a treatment about which I had already warned him on several occasions of the result and why it was necessary to do it right.

PS: The photos I provide are those of a patient with the work well done, and another who came to the consultation with the defect exposed. 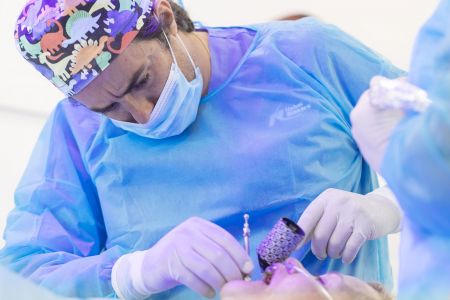 Fixed teeth with zygomatic implants in extreme cases of lack of bone. For several years now, I have been performing in Las Palmas, in the… 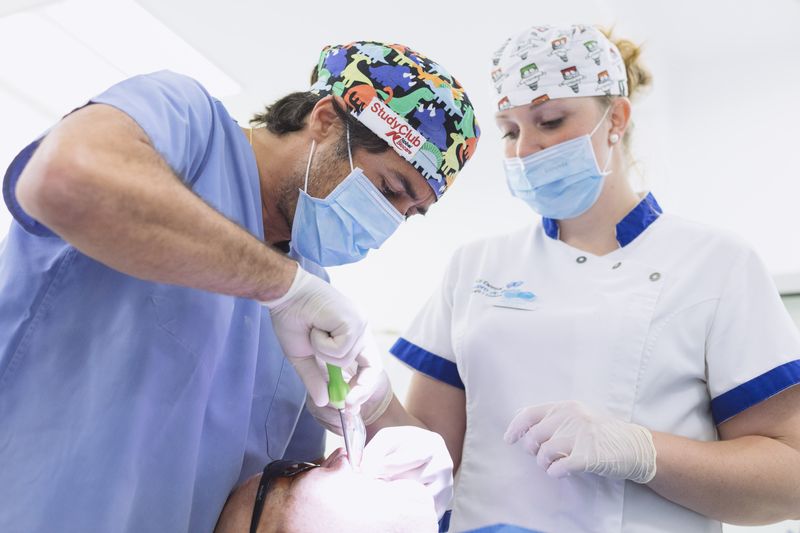 This case is very close to our hearts. Shortly after opening the clinic, more than ten years ago, Alfonso and I, full of enthusiasm and…